A Melbourne Weekend Escape of food, arts and tennis

How to be a tourist in your own backyard

It has certainly been a long, tough 18 months. Things have been very quiet on the blog front, with no travel and Aussie House Swap staff juggling work from home, kids and pets. With restrictions easing in NSW, we thought now is a good time to get our blog mojo back.

Maintaining your Mental Health during Lockdown 2.0
Save money on a swap holiday to Melbourne
The End of an Era
House swapping- the real sharing economy
When the going gets tough, the tough go to Melbourne. Well just for the weekend! After surviving six weeks of school holidays with the kids, I managed to steal my lovely sister away for a girl’s weekend to enjoy some (child and partner free) food, culture and tennis in Melbourne.

I love living in the peace and quiet of the Northern Rivers NSW, but every now and again I feel the excitement of the big city calling me. The museums, the galleries, the nightlife, the food! A sneaky weekend escape to the big smoke is a fabulous way for me to get a quick hit of city life. If you need a change of scenery a short weekend swap holiday can be a great option.

Now I’m going to be completely honest with you. Out of all the Australian cities I have visited, I think I love Melbourne the most. If it wasn’t so cold in winter, and I didn’t love the serenity of my Northern Rivers home so much, I could be very tempted to live there. Semi regular trips down south for an arts and culture hit are the perfect way for me to enjoy the best of everything. 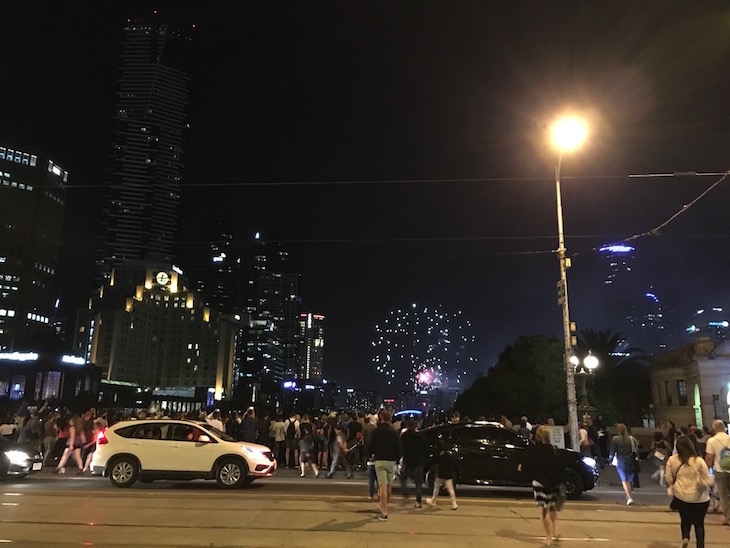 On our first afternoon after arriving in the city, we went for a walk down the Paris end of Collins Street. We were searching for a chocolate cafe I’ve been to before to find a coffee and a treat, when we saw a poster advertising an exhibition of Banksy street art behind Federation Square. Talk about a city arts experience opportunity! That became our first port of call the next day… after a delicious brunch out of course. 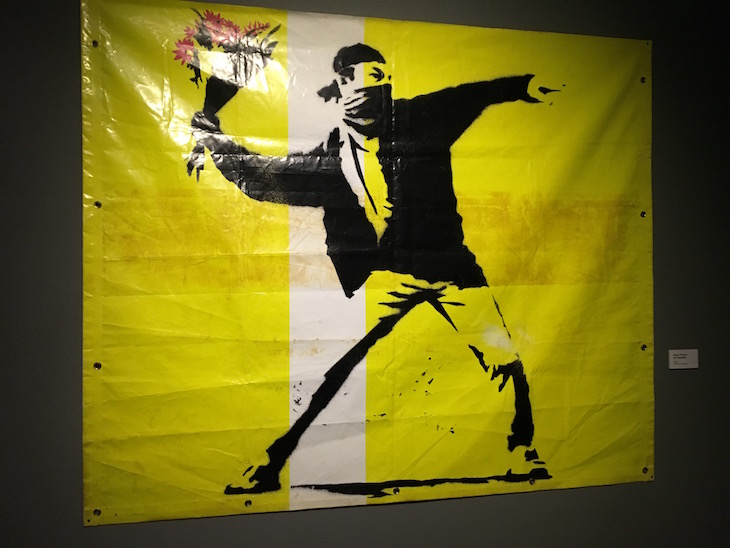 The exhibition was amazing. I know many traditional Banksy fans would baulk at the idea of Banksy work being exhibited for a fee instead of out in the street where it belongs, but it was a unique opportunity to learn more about him and his work. I was stunned by the accuracy of the social and political comment through his art. Some of his works were surprisingly powerful and moving, I was especially moved by his statements on poverty, big business and Indigenous people.

I had no idea the extent of his travel and that fact that he had been in Gaza working there recently. HIs way of looking at society and reflecting the not so attractive aspects of it back to us to see was impressive to say the least. 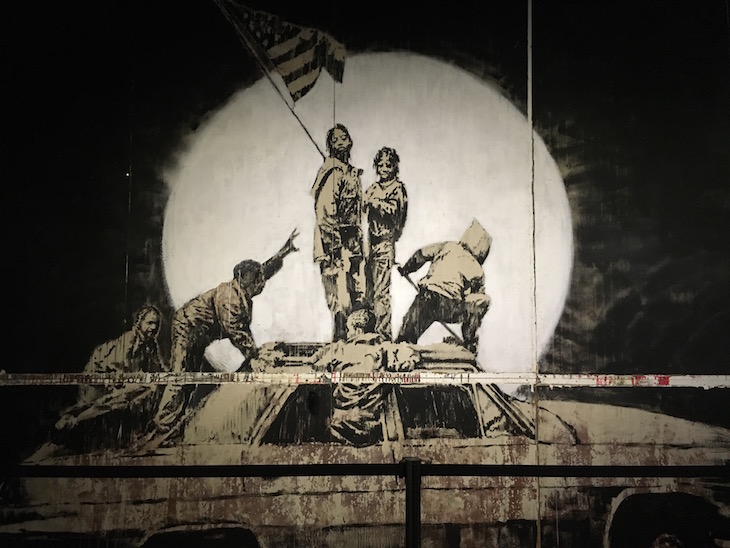 After the exhibition we spent a large amount of time during the day simply walking around the city streets. With so many hidden laneways full of quirky shops and great cafes, we found we could fill many hours walking, checking out shops, drinking great coffee, then walking again. In one laneway there was a street artist in action so we stopped to watch for a while. Back in my town of Lismore, we have our own ‘Back Alley Gallery’ in the CBD, but even I had to admit that the scale of work in Melbourne is quite amazing.

The following day we visited North Melbourne for the first time as a friend told us about a ‘Not To Be Missed’ cafe called The Auction Rooms. He raved about the coffee and the menu, and being an Italian tour guide in his early 30's, he certainly knows something about food and coffee! I wasn’t about to argue with him and he certainly didn’t let us down.

The cafe itself was beautifully designed, a perfect mix of the old and the new. The building was originally an Auction room, and as a cafe it pays homage to this history with a rustic/ chic feel. It was about a 20 minute wait for a table (well it was Sunday brunch after all) but it was well worth the wait. The poached eggs on sourdough with beetroot relish and potato hash was simply divine and the cappuccino just perfect. I am definitely heading back there next time I’m in town. 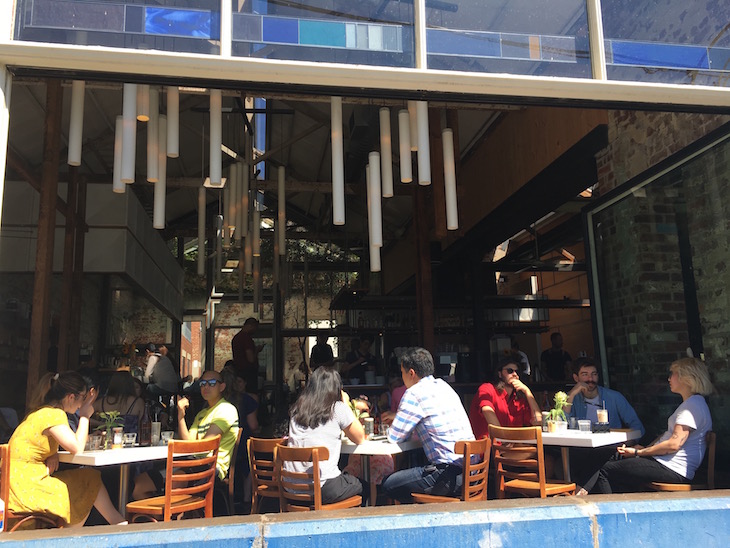 What is Melbourne in January without mentioning the tennis! We splurged on tickets to the Australian Open Women’s final. This meant we could go into Rod Laver Arena early and see the afternoon matches as well. The surprising highlight of the day was the wheelchair tennis final where we saw Aussie legend Dylan Alcott win the final. I have never seen wheelchair tennis before and it was completely spellbinding. Even the Williams sisters final felt like a bit of an anticlimax after watching the incredible agility of two wheelchair athletes weaving around centre court trying to outmanoeuvre each other.

So thank you Melbourne for treating us so well on our weekend city escape. We will be back…but probably not until Spring! 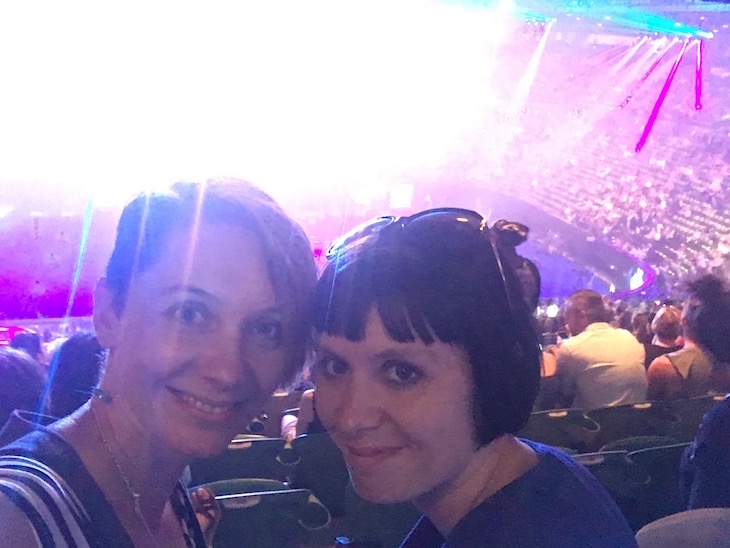 Sisters doing it for themselves at the tennis. Photo K.Fuad